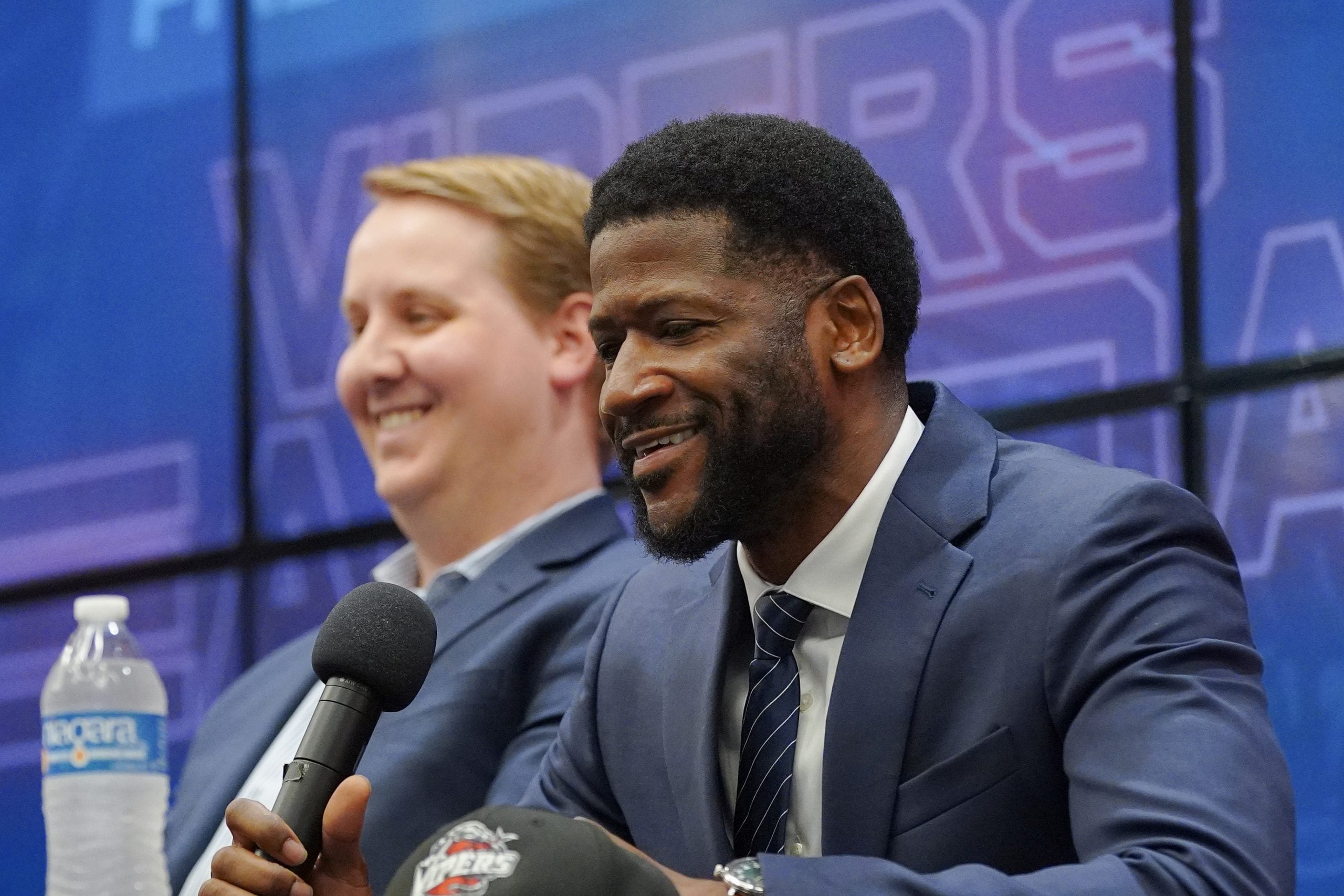 Most recently, Burleson served as the Minnesota Timberwolves Head Coach during the 2022 NBA Summer League. In 2020, he was promoted to assistant coach of the Timberwolves. His coaching career with Minnesota began in 2019 when he was hired as a player development coach.

The Seattle native joined the Memphis Grizzlies for the 2018-2019 NBA season as an assistant coach for player development. In 2017-18, Burleson served as the associate head coach of the NBA G League team, the Iowa Wolves.

His coaching career began in 2014 when he joined the Houston Rockets as a player development coach, a role he held from 2014-17.

“We’re incredibly excited to have Coach Burleson on board. He’s a terrific basketball mind with an impressive resume as both a player and a coach. Having known Kevin since the start of his coaching career, I’m proud of how far he’s come and thrilled that he’ll be taking his next step with the Vipers. I’m confident that his diverse experiences, intimate knowledge of the game, and ability to relate to people will serve him well as our next head coach, and I can’t wait to get to work with him,” said Vipers General Manager Travis Stockbridge.

Burleson finished his career as a player in 2013 after spending a season with the Egyptian team Al-lttihad Alexandria. From 2009-10 he played in Romania with the Liga Nationala team CSU Ploiesti, also known as CSU Asesoft. He appeared in 40 games in which he averaged 8.9 points, 3.4 rebounds, 2.7 assists and 1.5 steals.

From 2008-09 Burleson signed with the NBA Development League team the Idaho Stampede (now known as the Salt Lake City Stars) where he appeared in one game totaling 27 minutes of playing time, 14 points, three rebounds, assists and steals. Mersin Büyüksehir Belediye of the Turkish Basketball League welcomed Burleson to the team for the 2007-08 season.

In 2006 Burleson played with the Charlotte Bobcats at the Orlando Pro Summer League where he played in all five games averaging 23.8 minutes, 7.8 points, 2.6 rebounds, 4.0 assists and 1.0 steals. Prior to that, Burleson was selected as the fourth overall pick in the first round of the 2006 NBA D League draft by the Fort Worth Flyers.

Burleson made his first appearance in the Rocky Mountain Revue League in the summer of 2005 with the Charlotte Bobcats averaging 12.2 minutes of playing time and 3.8 points in six games.

On August 31, 2005 he signed an NBA contract with the Charlotte Bobcats (Charlotte Hornets) and remained with the team for the 2005-06 season. The Bobcats had him play in 39 games averaging 1.8 points and 1.2 assists.

He played 30 games with the Walter Tigers Tübingen of the Basketball Bundesliga during the 2004-05 season in which he averaged 14.3 points, 3.8 rebounds, 1.9 assists and 1.7 steals. After going undrafted in the 2003 NBA Draft, Burleson began his professional career in Germany when he played for USC Heidelberg in the 2003-04 season.

In 1998 Burleson was offered a basketball scholarship to the University of Washington, but instead decided to attend the University of Minnesota for a chance to play in the Big Ten Conference. After redshirting the 1998-99 season, the 6’3” guard played for the Minnesota Golden Goophers from 1999 to 2003 and appeared in 33 games (32 of which he started) for a total of 979 minutes. He finished his collegiate career with 222 points, 101 rebounds, 160 assists, 55 steals and 15 blocks.

“I am extremely excited and honored to begin my very first NBA Head coaching career at the G League level with the RGV Vipers. I believe the sky is the limit, I am not placing a ceiling on this awesome opportunity before me. We’ll go as far as our daily preparation takes us. We’re going to get better every day, that’s what we’re going to do. Most importantly, the things we’re going to do in our daily process will lead to the type of success this franchise and this city has been accustomed to. Again, to the RGV Viper’s, fans and Houston Rocket’s organization, thank you! Now let’s go get this Championship,” said Burleson.

The Vipers kick-off the 2022-23 season at Bert Ogden Arena on Friday, Nov. 11 at 7:30 p.m. against the Birmingham Squadron. Season tickets are now on sale. To obtain more information on season tickets please visit the official RGV Vipers website or email info@rgvipers.com.