Abdelfattah went 8-0 in November, the Vipers being the only team to stay undefeated in the G League thus far. The last time RGV started a season undefeated was in 2013-14 as they went 13-0.

The Vipers will face the Memphis Hustle tonight at 7 p.m. CST. Fans are able to watch live on ESPN+. The complete season schedule can be found at www.rgvipers.com. 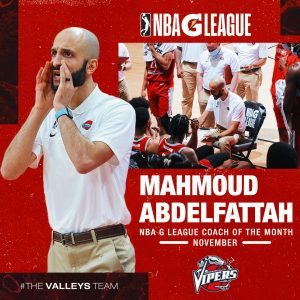