The NBA G League Rio Grande Valley Vipers, affiliate of the Houston Rockets, today announced their 2018-19 schedule, the 12th season for the Vipers.  This year’s schedule features a total of 50 games, including 24 home games at Bert Ogden Arena, 24 games on the road and two games at the NBA G League Showcase.

The Vipers home opener is on Saturday, November 3, 2018, versus the Memphis Hustle, NBA Grizzlies affiliate, at the newly opened Bert Ogden Arena in Edinburg, Texas. The Vipers’ first road trip of the season is November 9 at Memphis. Then, RGV returns home for a pair of games versus Austin and Stockton November 15 and 17.

This season’s home schedule will also feature themed games honoring the local community. On December 13, the Vipers will host an 11 a.m. Kid’s Day Game versus Delaware. The annual Kid’s Day Game rewards students through the team’s Perfect Attendance and Honor Roll programs. The Vipers will also host the Ninth Annual All-Valley Showcase the afternoon of March 23rd. Top RGV high school boys and girls will compete east against the west prior to the Vipers final regular-season home game versus Sioux Falls SkyForce.

The Bert Ogden Arena will have an 8,000-seat capacity for Viper home games.   The Arena will feature a 20’ x 40’ center hung scoreboard and digital ribbon board throughout the arena.  Fans will experience a modern state of the art facility that will have 87 points of sale for concessions and six full bars.  In addition to the traditional concession stands, three restaurants will also call Bert Ogden Arena “home.”  These include; Taco Palenque, Il Forno Pizzeria and Kumori Sushi.

“We are very excited about the Vipers finally having a permanent place to call home.  Having 14 Friday and Saturday home games alone will be a huge difference maker for the organization.  This is the best schedule the Vipers have ever had.  We have been working hard to also improve the fan experience when they come to our games.  Starting from new pre-game stage and interactive games outside the arena, $100,000 in specialty lighting and affects for player introductions, and a new hype squad; fans will definitely have a near NBA quality experience.  The Vipers are the Valley’s team and we take that very seriously.  With our partners, the Houston Rockets, we expect to have a very competitive team on the court to go along with the best arena in the league.  We can’t wait to get started,” commented Vipers CEO, Rene Borrego. 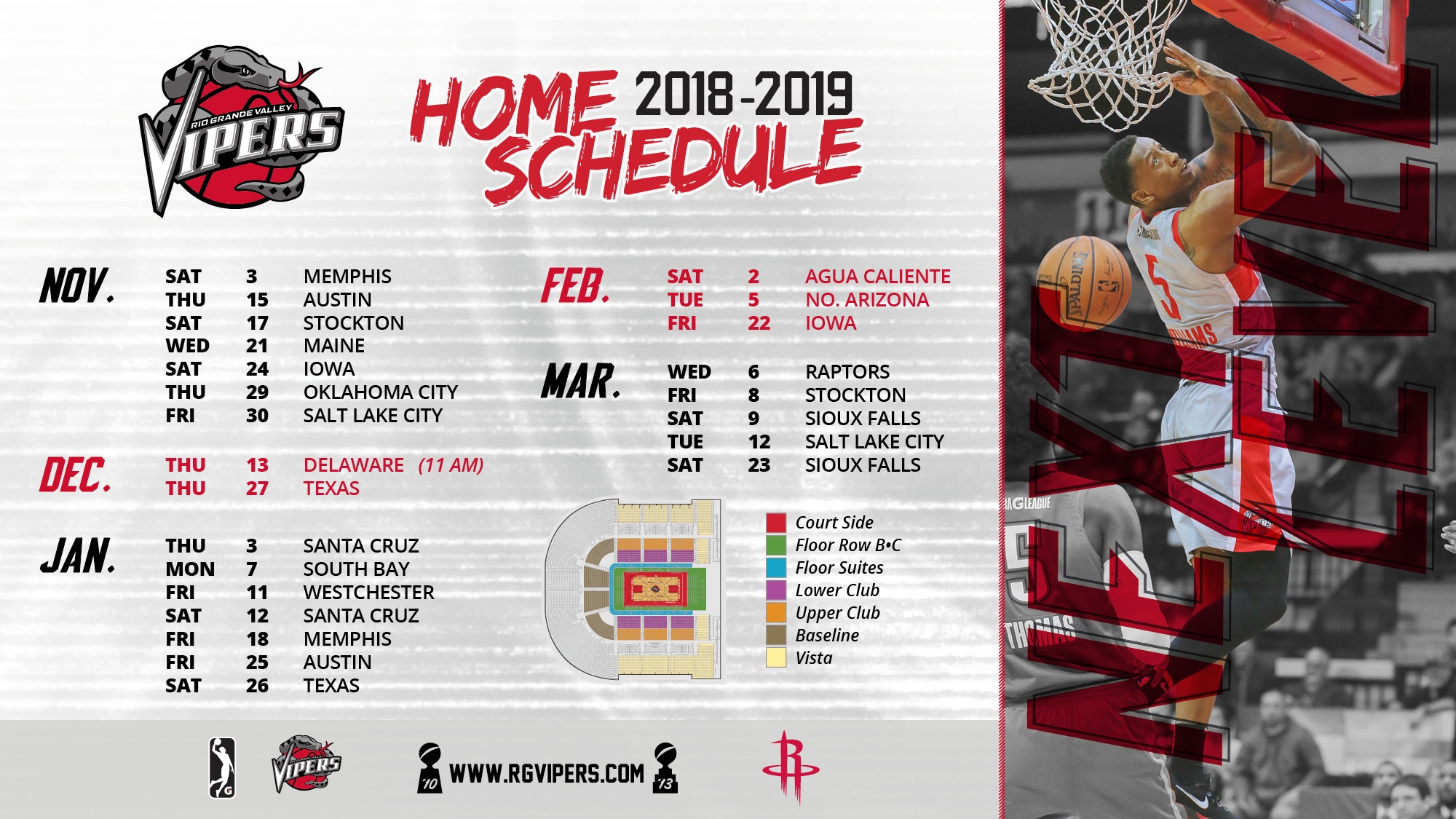