The RGV Vipers training camp roster can be found below. 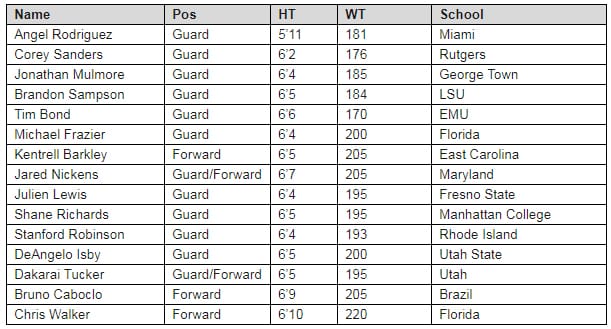 The Vipers open the 2018-19 NBA G League season at home against Memphis on November 3 at 7 p.m. Season tickets for the Vipers 2018-19 season are on sale now. For more information, contact the RGV Vipers at 956-56-ARENA or visit www.rgvipers.com.