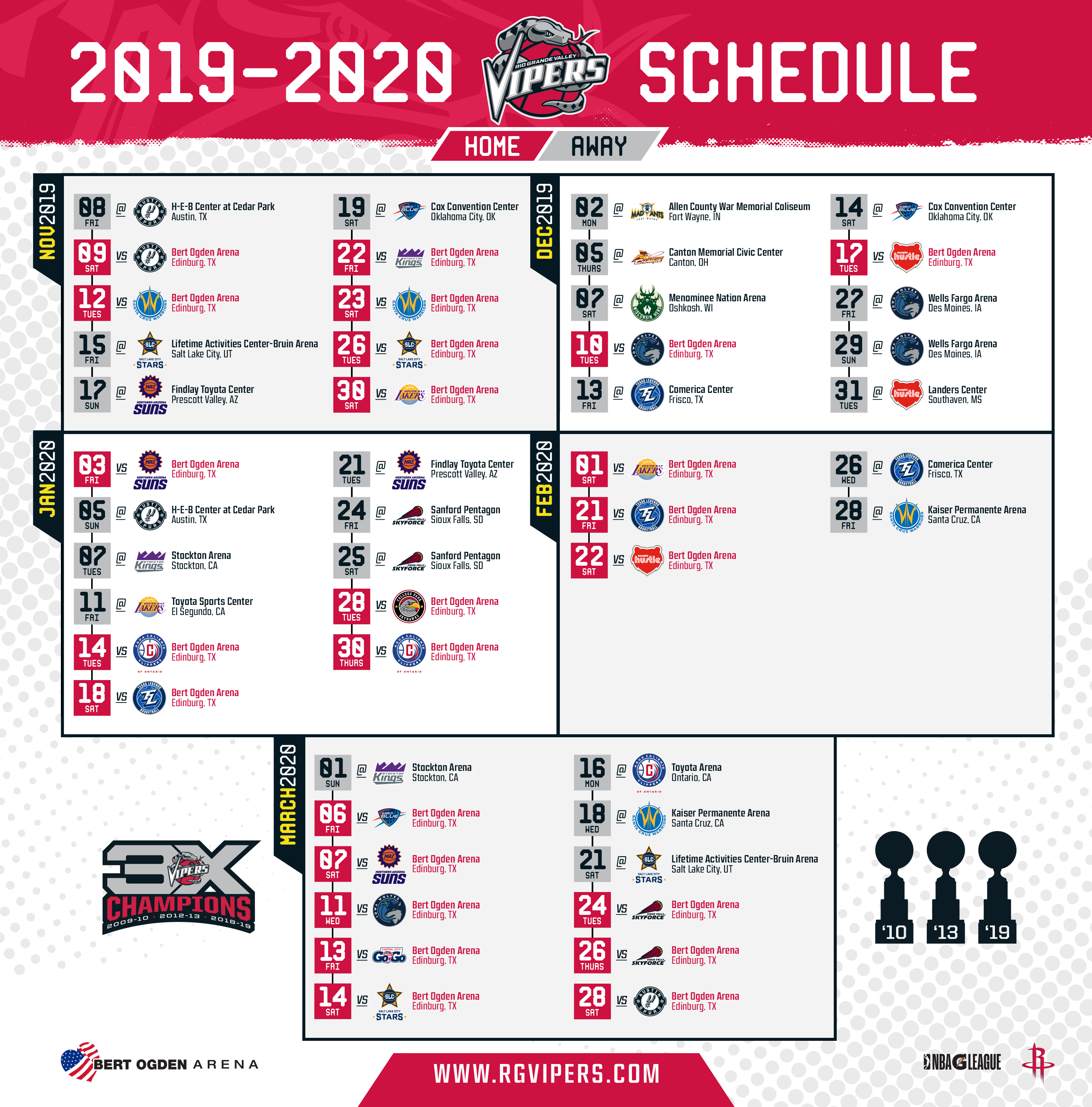 EDINBURG, Texas (August 26, 2019) – The 2018-19 NBA G League Champions, Rio Grande Valley Vipers, affiliate of the Houston Rockets, today announced their 2019-20 schedule and look to defend their title.  This year’s schedule features a total of 50 games, including 24 home games at Bert Ogden Arena, 24 games on the road and two games at the NBA G League Showcase.

The Vipers open the season with back-to-back games versus Austin Spurs, NBA Spurs affiliate, starting off at Austin on Friday, November 8, 2019. Then, the Vipers will host the Spurs for the home opener at Bert Ogden Arena on Saturday, November 9. This season’s home opener will embrace the 2018-19 NBA G League Champions by presenting the Vipers their championship rings and the hanging of the third championship banner.

This 2019-20 G League season will consist of seven back-to-back games. The Vipers will host 10 weekday games and 14 weekend games; a total of five Friday games and nine Saturday games at 7:30 p.m. There will be seven Tuesday games, one Wednesday and two Thursday games at Bert Ogden Arena all with a 7 p.m. tip-off.